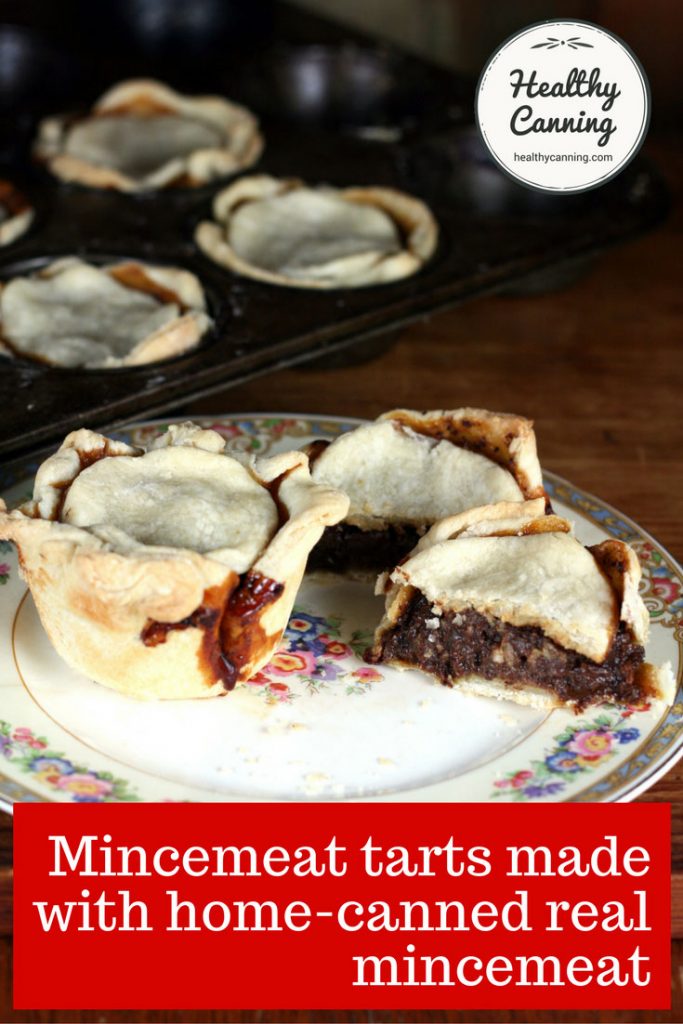 These delicious, truly old-fashioned mincemeat tarts made from real, genuine mincemeat will be the talk of any party.

They will also be far healthier than any bought ready-made at the supermarket or even any you can make with a store-bought mincemeat.

Depending on what balance you want to strike between “traditional” and “healthy”, you can make these for anywhere between 260 calories / 359 mg sodium per tart , and 90 calories/ 20 mg sodium per tart. (A store-bought tart will be about 375 calories.)

In England, these are called “mince pies”, despite being tart-sized.

NOTE: As these tarts have real meat in them, store them in the refrigerator. Heat in oven for 3 to 4 minutes at 180 C (350 F) before serving.

(To be clear, this is a “cooking with canning you have already done” recipe. This is not a recipe for canning.) How to make mincemeat tarts using your own home-canned mincemeat 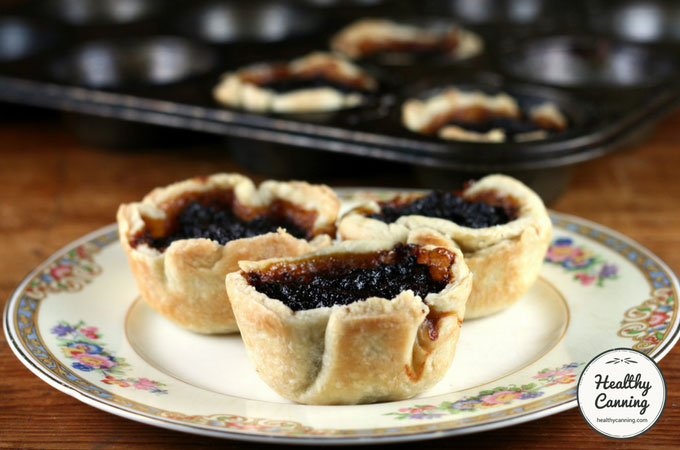 Though a top crust lid is traditional, some people do make theirs without one, to be a little more ww friendly…. 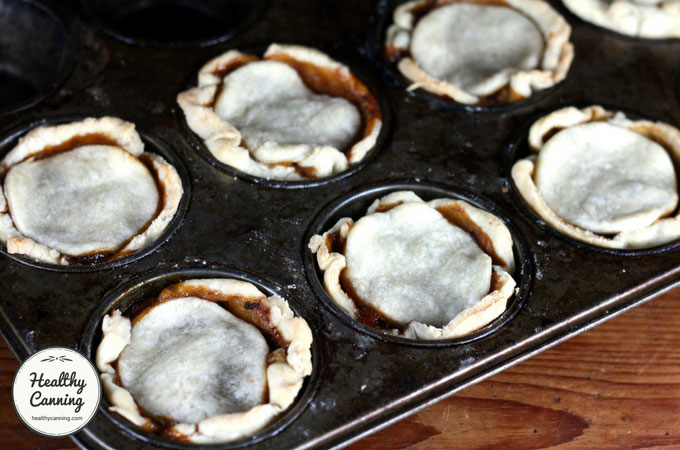 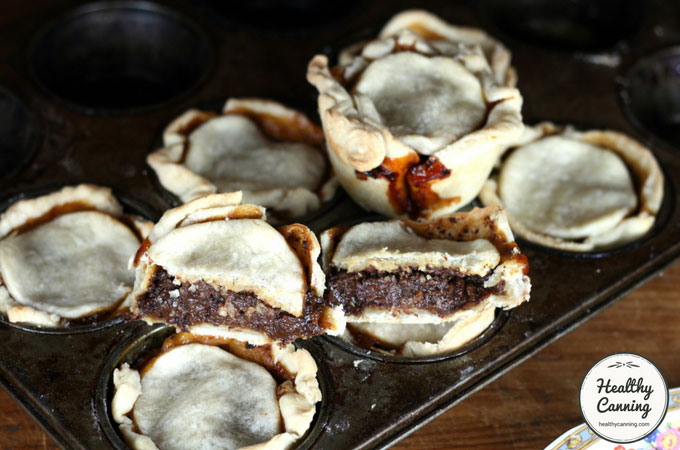 We explore here the nutritional values for several variations. Most of the calories per tart are in the pastry. As far as the mincemeat filling is concerned, there’s actually only 62 calories per two tablespoons (46 calories for the sugar and salt free version.)

We based the following on a yield of eight tarts. An average tart made with a pastry crust and lid will weigh about 100 g (3 oz).

Made with full regular sugar and salt version of the mincemeat, and pastry crust including lid 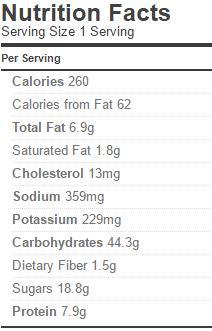 Made with sugar and salt version of the mincemeat, and salt-free version pastry crust including lid 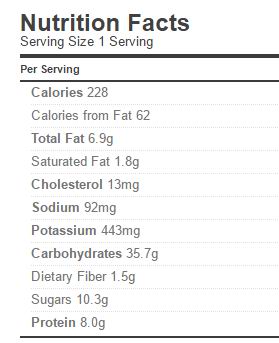 Made with sugar and salt version of the mincemeat, and 1/4 sheet of phyllo pastry folded several times as the tart shell.

If you make them this way, you’ll likely have no top crust, so serve lightly-dusted perhaps with icing sugar, or with a dollop of low-fat sour cream. 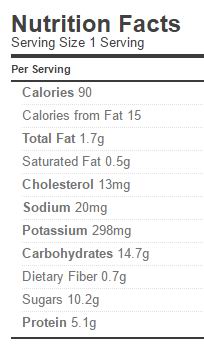 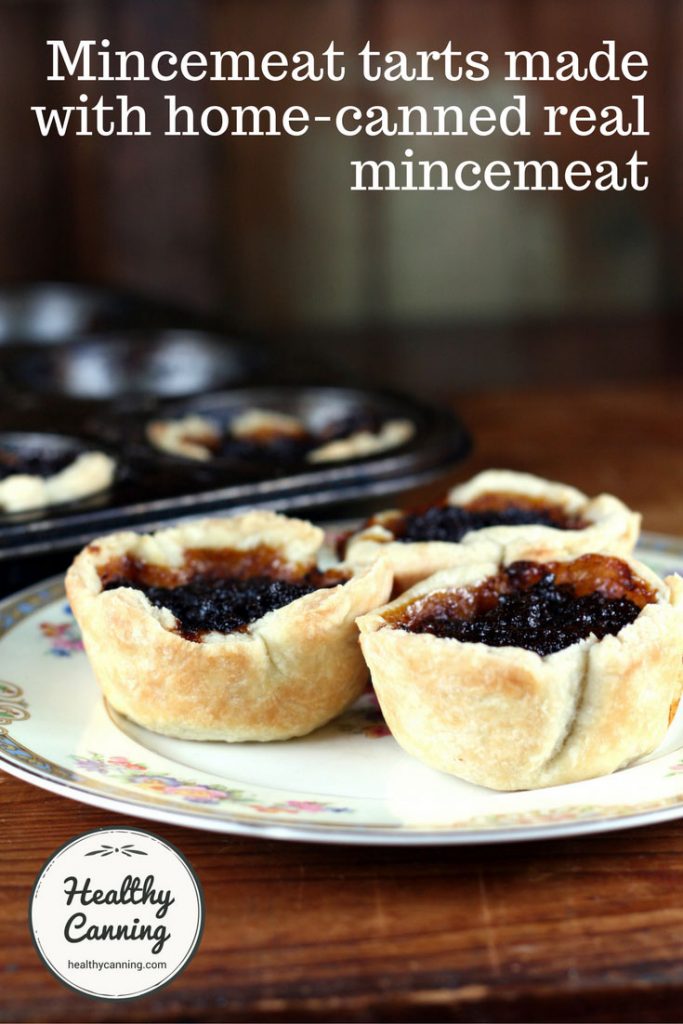 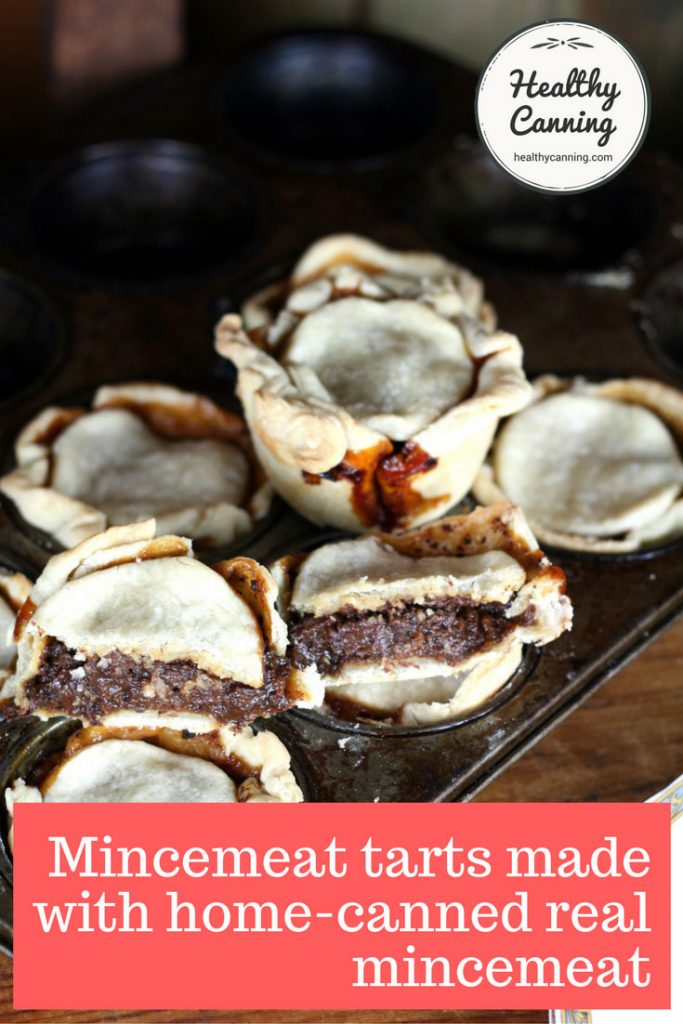